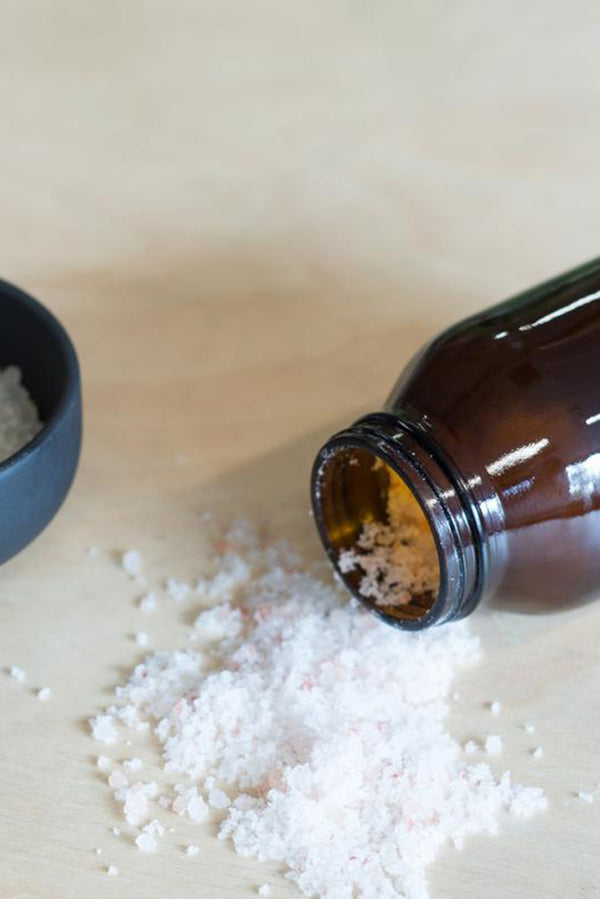 Bath salts are designer drugs for recreational use. These substances are typically a white powder that look like Epsom salts but differ in chemical structure. They are often mixed with alcohol and other ingredients to make them more potent. Among these substances are Synthetic cathinone, 5-methoxy-2-methyl-N,N-dialkylated tryptamine, and 5-methoxy-3-methylguanidine.

The use of synthetic cathinones in bath salt products is increasing. These chemicals can have severe adverse effects on the cardiovascular and neurological systems. Fortunately, screening protocols can detect these chemicals. However, clandestine manufacturers are trying to avoid detection. For this reason, it is important for postmortem toxicology laboratories to be aware of the risks associated with these chemicals.

Synthetic cathinones are commonly sold as a powder or candy-like substance. They are packaged in plastic or foil bags and often have a warning label warning that the substance is not intended for human consumption. They are also sold under various trade names such as hookah pipe cleaners, jewelry cleaners, and plant food.

Although most synthetic cathinones have similar effects to MDMA, these agents can lead to a range of cardiovascular complications. Most of these compounds are capable of affecting 5-hydroxytryptamine (or 5-HT) receptors. These substances also impair the production of dopamine, which is needed for normal brain functions.

The DEA has noted the increased use of synthetic cathinone for bath salts in Europe and Australia. The first reports of seizures came from Germany in 2007. Since then, the drug has been banned by the United Kingdom, Canada, and Israel. The drug is sold in white and brown powders, as well as capsules.

Synthetic cathinone is considered a Schedule I substance and is banned for human consumption under the Federal Analogue Act of 1986. This law was passed to prevent the use of designer drugs that were made with only a few small chemical changes. Though synthetic cathinones are illegal for human consumption, they can still be purchased legally and are widely available through head shops, internet websites, and drug suppliers.

There are currently a few studies underway to identify the active odorant in bath salts that can mimic the alert odor of a dog. The hope is to use this as a safe training aid. The research shows promising results. But until then, it is still important to be cautious.

The risks associated with synthetic cathinone are significant. In addition to the increased risk of death, synthetic cathinone products are highly addictive. They are not recommended for people with cardiovascular disease, or those with a history of substance abuse. The Substance Abuse and Mental Health Services Administration recommends that people not consume these substances for recreational purposes.

Synthetic cathinone is a highly potent central nervous stimulant, which is closely related to amphetamines and cocaine. It is often found in products marketed as Molly. Its abuse has escalated in the United States and Europe in recent years. Its alleged psychoactive effects have led to its schedule I classification in the United States.

Although bath salts have similar effects to cocaine and ecstasy, they also pose a danger. If you or someone you know is consuming this substance, seek medical attention immediately. Bath salts can lead to a wide range of side effects. For example, a bath salt user may experience agitation, hallucinations, and even violent behavior. If the effects are severe, bath salts can lead to psychosis.

5-Methoxy-2-methyl-N,N-Diakylated Tryptamine is a synthetic amino acid. It was synthesized by reacting 9 with acetone. The resulting compound is colorless. It is used as a bath salt.

While small doses of tryptamine can produce psychotropic effects, the drug has been linked to poisoning and death. It is difficult to detect tryptamines with standard screening panels, which may result in false negatives and misdiagnosis or incorrect treatment. It is vital for public health that scientists are able to accurately identify the chemical. Currently, it is unclear how tryptamines are metabolized in the body.

A metabolite of 5-Methoxy-2-methyl-N,N-dipropyl-N,N-dialkylated Tryptamine is called 5-MeO-NMT. It was first isolated from the plant Phalaris arundinacea and synthesized by Alexander Shulgin. He described the pharmacological properties and toxicity of this compound in TiHKAL.

The 5-MEI derivative of tryptamine is made from imidate 23 and 2-methylindole (15a). It is obtained through a process that uses silica gel chromatography, which has a 50% EA/hexanes matrix.

The bioactivity of 5-MeO-MiPT has not been determined in humans, but animal studies have been done. Its acute toxicity has been evaluated in mice. However, human studies are limited to case reports and in vitro studies. These studies are limited due to the ethical issues involved in conducting clinical trials.

Further studies of 5-MEMT in animal models suggest that 5-MEMT could block protein phosphatase 1 and 2A. Further, the inhibitor inhibits PP1c by inhibiting their binding to MYPT1 through their hydrophobic surface. These findings could provide the basis for future drug design.

These indoles are derived from indoles obtained from commercial sources. Their lowest energy conformation is 2.8 A away from the center of the aromatic ring. This conformation is consistent with previous literature reports on similar compounds. However, the diamagnetic anisotropy is attributable to steric effects of the toluenesulfonamide -system that shields one of the piperidine ring.

The chemical structure of 5-methoxy-2-methyl-N-dialkylated tryptamide is easily characterized by NMR. CDCl3 gives a strong signal at 75 MHz. Spectroscopy shows a complex structure.

This synthetic stimulant is not detected by routine clinical toxicology tests. But clinical laboratories should be aware of its potential toxicity. However, the availability of screening methods for these bath salts is not widely available. Furthermore, some designer stimulants cross-react with amphetamine immunoassays, so it is important to confirm the suspected drug use.